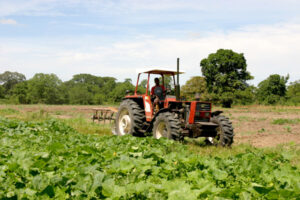 On February 11, Venecápital held its first webinar of 2022 “Current Situation and Perspectives of the Agro-industrial Chains". More than 80 participants attended the presentation of Mr. Franco Silva Ávila, Country Program Coordinator of the United Nations Industrial Development Organization (UNIDO) in Venezuela.

In his presentation, Mr. Silva talked about the current situation of the agro-industrial sector in Venezuela. Mr Silva presented an action plan developed by UNIDO for the development of seven agricultural corps, such as corn, coffee, cocoa, rice, sugar cane, soybeans, and beans, in which Venezuela could develop a competitive advantage.

With regard to the current context, Mr. Franco gave us a brief historical overview showing restrictions in the sector that have changed over the years, such as price regulation and the limited availability of raw materials due to the fact that the State was the sole importer.

Making a comparison with the rest of the region, Mr. Silva mentioned some competitive advantages that Venezuela has in aspects such as the abundance of fertile land, agro-climatic conditions, presence of physical infrastructure, human talent, among other potentialities to which he referred.

Mr. Silva mentioned some proposals made by UNIDO to improve production chains, with a view to modernizing and updating infrastructure and machinery in the agricultural and agro-industrial sector. However, he emphasized that in order to carry out these projects successfully, the participation of the banking sector, with the approval of agricultural credits, and private investment is necessary.

Speaking of the country's future in the sector, the Coordinator of the UNIDO Country Program in Venezuela commented that opportunities are opening up in the sector with the export of traditional items such as coffee, cocoa, rice, among others, and some atypical items such as Green Mung Bean and fruits, thus generating greater diversification to conquer new foreign markets, such as China.

Finally, Mr. Silva mentioned the new technological trends that the Fourth Industrial Revolution is offering in the agricultural and agro-industrial activity, such as the monitoring of crop fields with the use of drones that can irrigate and fertilize crops or the monitoring of crops with apps, bringing it up because these technologies are becoming more accessible and could represent a useful tool for the improvement of the sector in Venezuela.

If you want to know more about the activity, we invite you to enter the following link in our YouTube channel, where you can watch the complete webinar: