Venezuela grew during the 20th century to become Latin America’s richest country. During several decades Venezuela had export revenues that were far greater than those of several peers in the region. Most of those funds were invested in infrastructure, in education (both in Venezuelan universities and abroad through the region’s largest foreign post-graduate scholarship program), and spent in the local economy.

apital account deficits, particularly since the 1980s, were driven mainly by locals who preferred to save in hard currency abroad. The amount of Venezuelan private savings abroad has been estimated by various sources to be in the range of US$425 to US$500 billion, which is several times larger than the foreign savings of locals in regional peers such as Peru and Colombia.

These savings represents a key potential source of capital that could complement and leverage the effect of future foreign investments, as some of these foreign savings could eventually return as conditions improve in Venezuela. The magnitude of this fund is a potential advantage for Venezuela, which no other comparable country has.

Venezuela has one of the highest levels of urban development in Latin America (above 85%). Venezuela's urban population is concentrated in cities with at least 500 thousand inhabitants, with 10 cities of such size. By comparison, Peru has only 4 cities of that size (Lima, Arequipa, Trujillo and Chiclayo), Argentina has 5, and Chile has 3. Peers such as Peru and Colombia have an urban population below 75%. This level of urban development and concentration in larger cities has advantages for companies interested in penetrating as much of the population as possible, while minimizing efforts and investments.

Brown‑Forman Corporation (NYSE: BFA, BFB), a sizable experienced distiller with brands like Jack Daniels and Vodka Finlandia, acquired Ron Diplomático from Venezuela’s DUSA, in a transaction estimated in mid nine digits (in US$). This performance enhanced its best...

END_OF_DOCUMENT_TOKEN_TO_BE_REPLACED 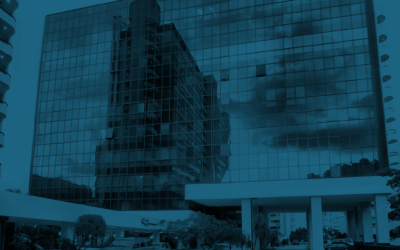