Brown‑Forman Corporation (NYSE: BFA, BFB), a sizable experienced distiller with brands like Jack Daniels and Vodka Finlandia, acquired Ron Diplomático from Venezuela’s DUSA, in a transaction estimated in mid nine digits (in US$). This performance enhanced its best ultra-premium rum portfolio and opened the possibility for Ron Diplomático to be distributed more broadly. This drink will continue to be produced in DUSA’s plant, located in Barquisimeto, Venezuela.

Destilerías Unidas (DUSA) has produced Ron Diplomático for over 20 years, making it a super premium rum that is sold in over 100 countries. It leads its category as the largest super-premium rum brand by volume. Rum accounts for about 8% of global spirits. It is also the second biggest-selling super-premium rum worldwide. The firm noted that super-premium-plus rum has grown at an annual rate of 17% over the past five years. 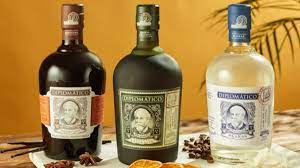 “We are proud to have pioneered and been instrumental in developing the super-premium rum category around the world. Diplomático is poised to accelerate its growth with Brown-Forman, one of the world’s best-known spirits and wine companies.”, declared DUSA.

The transaction, which is subject to customary closing conditions, is expected to close within 90 business days. Furthermore, Brown-Forman will add more than 100 new employees as part of the transaction. This operation was structured and conducted by Ángel Advisers Inc., accompanied by professional services firms such as Baker McKenzie Caracas, PWC Spain, and Venezuela, among others.